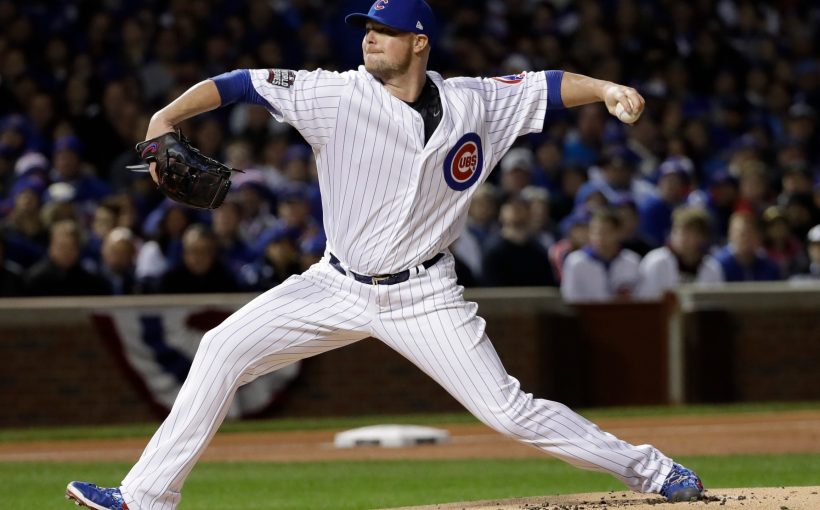 I know this is happened like two weeks ago, but I felt like I had to do something for Jon Lester.

Jon Lester announced his retirement from the MLB after 16 seasons and 3 World Series Championships.

Raising a glass to Jon Lester in celebration of a legendary career.

200 wins, 3 rings, a 2.51 postseason ERA and countless lives touched by your generosity.

We are so fortunate to have you in the Cubs family. Enjoy retirement! pic.twitter.com/WvxTkn8Afx

Congratulations to three-time World Series winner Jon Lester on his retirement! Over 16 seasons with the @RedSox, @Athletics, @Cubs, @Nationals and @Cardinals, Lester won 200 games and pitched a no-hitter on May 19, 2008, at Fenway Park. (Courtesy Michael Ivins/Boston Red Sox) pic.twitter.com/tgeijGZa8Y

Jon spent the majority of his career in Boston and Chicago but also spent a little bit of time in Oakland, Washington, and St. Louis (Gross).

He was a badass postseason pitcher and always showed up when it mattered. In the 2013 postseason, he pitched a 1.55 ERA over 34 2/3 innings pitched. He was a huge part of the Cubs finally winning the World Series in 2016, and he will always be one of the most important pitchers in Cubs history.

Here are some of the best Jon Lester moments.

Putting down his credit card at four Division Street bars, buying Cubs fans 4,838 Miller Lites and leaving a 34 percent tip pretty much sums up the Jon Lester experience in Chicago.

Wow. Jon Lester dealt with cancer and beat it. He pitched for two historic franchises and won World Series with both. His NVRQT acronym for his charity is so symbolic of his DNA and he walks on his own terms. Awesome. Congratulations to Jon Lester.

Remember when the ball got stuck in Jon Lester's glove, so he had to toss it to Anthony Rizzo?

Do you remember that it happened TWICE? pic.twitter.com/h2JX8RLScI