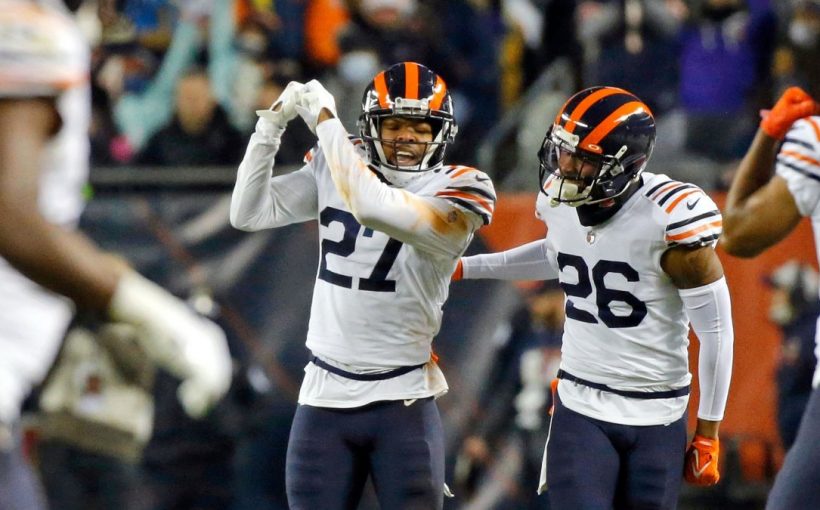 The Bears have been hit with the COVID-19 bug, especially on defense, having every starting DB on either COVID list or injured. Thomas Graham Jr. made his NFL debut on Monday Night Football against the Vikings.

He made some incredible plays on defense this game that really helped limit a crazy amount of scoring chances.

Thomas Graham Jr. with one of three PBU’s on the evening, this one to save a touchdown on the first play of the second quarter. pic.twitter.com/7PN3d2YS5j

Kirk Cousins tried to hook up Smith-Marsette deep on a third and long, but Thomas Graham Jr. is all over 15 in purple to force a fourth down and another Minnesota punt. pic.twitter.com/evfLO7RviB

It was pretty obvious early on in the game that Kirk Cousins was trying to take advantage of the rookie defensive back throughout the game, but he really just stepped up and made big-time plays.

Thomas Graham Jr with an open field tackle on Vikings FB C.J. Ham on the opening drive. Graham stops the 250-pound back in his tracks to bring up a third down. pic.twitter.com/mqwmXLrboz

Whether it was breaking up passes or making open-field tackles, Thomas Graham Jr. really stepped up when his name was called on.

You kinda have to think, “where has this guy been all year?”

At this point, we are just waiting for the season to be over so the Bears fire Matt Nagy and hopefully Ryan Pace too. You just can’t have 3 head coaches and expect to get another shot as a GM for the Bears.

I am really interested and excited to see more of Thomas Graham jr. and I hope we see him succeed in a Bears uniform.