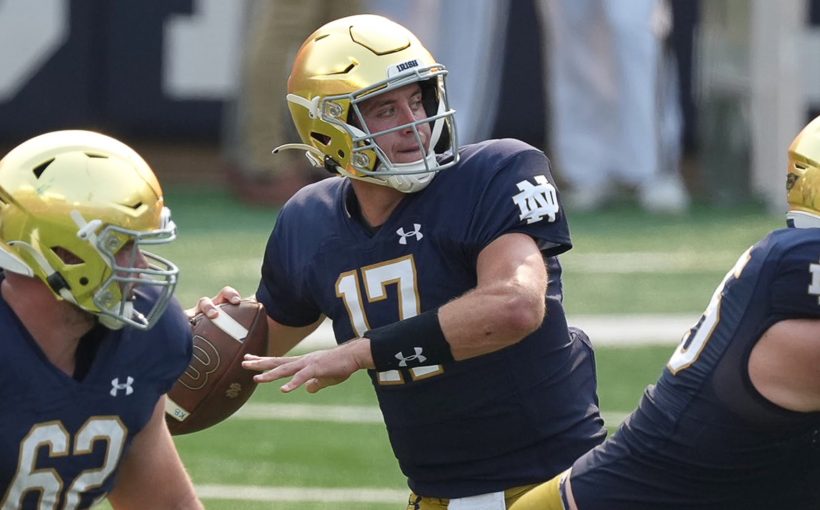 The #12 Irish take on the #18 Badgers as Notre Dame and Wisconsin go at it at Soldier Field in Chicago on Saturday.

All eyes will be on this quarterback matchup as Graham Mertz is going up against his former Badger teammate Jack Coan. Mertz is going to have to play better than he has so far to start this season if he wants to stay in this game.

Mertz has yet to throw a touchdown pass this season and hasn’t been productive in the air. Coan has thrown for 828 yards with eight touchdowns and two interceptions so far on the year.  Jack Coan will outperform him by a mile in this game. Wisconsin’s defense will put up a fight and keep it somewhat close, but the Irish will have the upper hand with a stronger offensive attack than the Badgers have.

The Badgers are going to rely on the running game and not try to force Mertz to make big plays down the field. Notre Dame’s offense with Coan and Michael Mayer can really give this Badger’s defense a hard time if they can’t figure it out early in this game.

Notre Dame is undefeated playing at Soldier Field, and expect that to remain the same after this game. Wisconsin’s offense is just not strong enough to compete with Notre Dame, and the Irish will take this game in Chicago tomorrow.