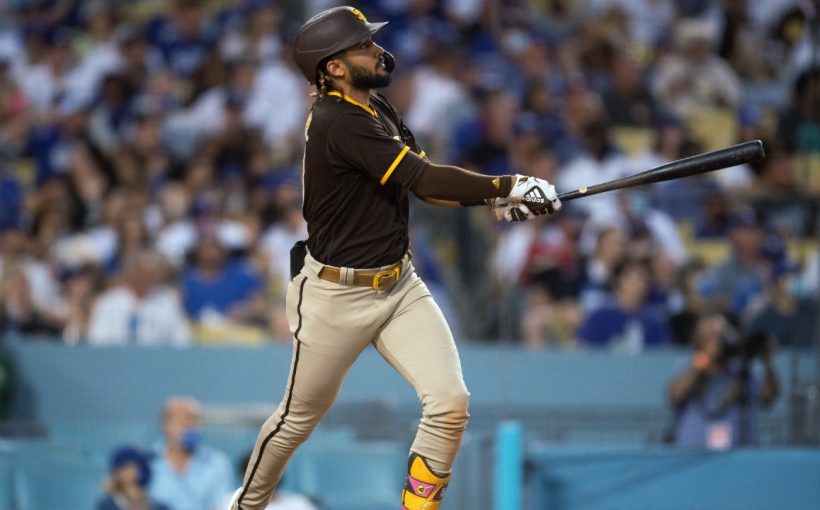 This week, I will be taking a look at the divisions of the MLB and predicting the outcome of every division. Once a day, we will cover a different division in the MLB, starting with the NL Central today.

In the past year or so, we have seen the NL West become a pretty competitive division. Today, I will give my predictions on the final standings of the National League West.

Arizona has been a dumpster fire for quite a few years now. Nothing has really improved with this team at all in the last few years, let alone this offseason. Last year, they performed as one of the worst teams in recent memory. They have a pretty good farm system that is compiled of some really young talent. At this point in time, they are nowhere near being able to compete for a division title, especially in the NL West. But if they keep building this farm and keep trying to rebuild, they could put themselves in an okay situation in the coming years.

The Colorado Rockies added Kris Bryant to their squad this week, and that fires me up. Kris Bryant is my favorite baseball player. I am a big Cubs fan, and I love Kris Bryant. I am kinda scared that he is going to just lose a lot with this team, but I am also excited that he is getting what he deserves in a contract. He is a superstar and a winner, I just hope he is happy. He’s a west coast guy, and the Rockies made a lot of sense for him. The team overall though still is not good. They will be better than the Diamondbacks, but that’s not saying much. It will take this team more than Kris Bryant to be competitve. Kris will be playing mainly at LF this season which will be fun to watch, but I just don’t see this team being competitive at all this season for a run at the division.

There is a lot of unknown with this Padres team coming into the new year. We already know that their young superstar Fernando Tatis Jr. will be out o up to 3 months due to an injury he obtained due to a motorcycle accident in the offseason. It is looking like the Padres are wanting to trade Eric Hosmer this offseason, and the vibe around the team just seems down early. They still have a good rotation and a really solid bullpen, it will be interesting to see what the padres can do this season.

The San Fransisco Giants were the biggest surprise in the 2021 season, as they came out of nowhere and won the NL West. They lost Buster Posey and Kevin Gausman joined the Toronto Blue Jays, which hurts. But they signed Carlos Rodón who will bring a solid arm to the rotation this year. Joc Pederson also has joined the Giants which will be fun to watch. Joc has a big bat, which can really benefit this Giants team. The Giants will be competing for a wild card spot this year no doubt, it will just be hard to compete against the juggernaut that will win this division this year.

There’s no question that this Dodgers team isn’t the scariest team in the MLB on paper going into the new season. Obviously, they signed superstar Freddie Freeman to a deal just this past week, which makes them instantly better than they already were. They lost some bullpen pieces in Kenley Jansen to the Braves and Joe Kelly to the White Sox, but this team is still so good. THey resigned Clayton Kershaw, and still have Walker Buehler, Julio Urias, and Dustin May in their rotation. Their lineup is looking dangerous too. Chris Taylor stayed with the team, which helps because he can fill in anywhere he is needed. Mookie Betts, Trea Turner, Max Muncy, Freddie Freeman, Will Smith. This team is just scary, and they will for sure be playing in October this season.