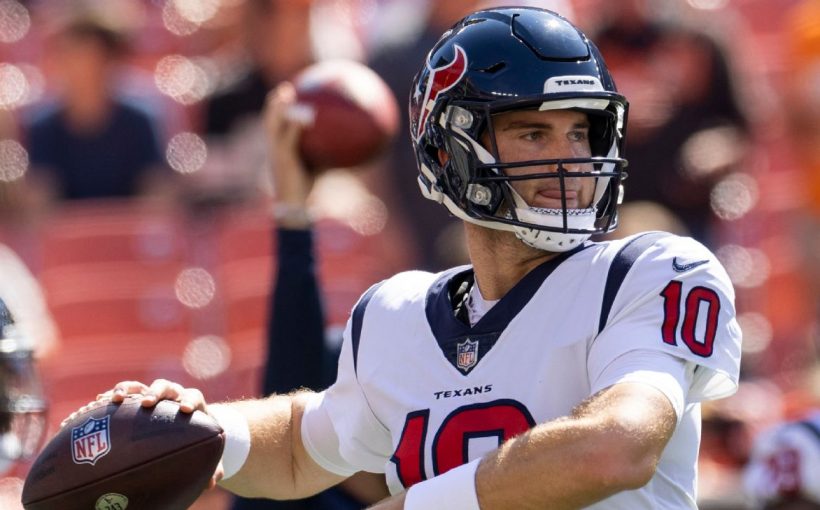 Tonight, the Stanford man will get his first career start on Thursday Night Football against the Carolina Panthers in Houston. The first start on primetime for a rookie can be very nerve-racking, especially for a quarterback.

In week 2, the third-round pick went 8-18 passing with 102 yards. Tossed a touchdown and also threw a pick against the Browns.

Last week, the Panther’s defense sacked Jameis Winston four times, so the Texan’s OL will really have to step up and give Davis some time in the pocket to try to generate big plays. David Culley will try to incorporate the run game tonight to try to give Davis some help moving the ball. Mills also has the running back core to rely on in case he needs to get rid of the ball. These running backs have been able to make decent plays as receiving backs, so this will give Mills another option to fall on.

Tim Kelley is going to really have to work with Davis if they want to thrive against this Carolina team. It’s going to be a tough test for the rookie making his debut, but if he gets the help he needs, he can really make a difference and play like a QB1. He just needs to make plays and drive the ball down the field, and limit making rookie mistakes against the Carolina defense.

This could be a tough game for the Texans, but if the defense makes big stops and if Mills and the offense can generate good plays, the Texans could take this game in Houston.