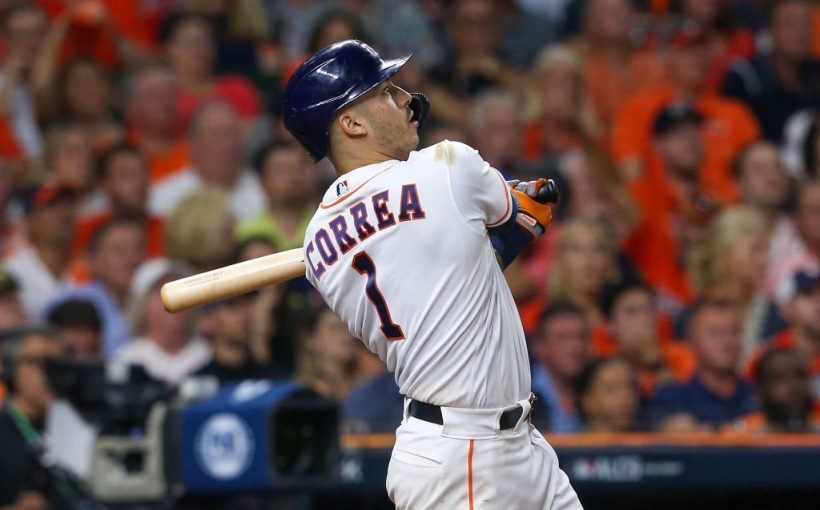 Welp, I woke up and saw the notification on my phone this morning and I was completely shocked by this.

Shortstop Carlos Correa and the Minnesota Twins are in agreement on a three-year, $105.3 million contract that includes opt-outs after the first two seasons, sources confirm to ESPN. First with the deal was @MarkBermanFox26.

This one kinda sucks. Correa would have been a huge addition to this young team. He has a big bat, he’s awesome in the infield, and he’s a leader and a superstar.

I thought he was going to stay in Houston all along after rumors with the Cubs somewhat died off. I don’t think anyone expected him to sign with the Twins. There were teams like the Dodgers, Yankees, Astros, Cubs, and even Tigers at one point in time that were rumored to be interested in Carlos Correa. The Twins to me was a huge surprise.

The contract is really interesting to me. Three-year, $105.3 Million. I think this is a contract signing where Carlos is looking to boost his numbers, get really good production and be a leader on a team for a few years, and then he will go sign some crazy 10 year, $300 Million contract with some team like the Yankees, Dodgers, or Mets.

The thing that bothers me about all of this is the fact that the Cubs could have easily matched this, and honestly, we all know they could’ve given him a bigger deal. They could have definitely offered him more.

Hell, the Cubs could have offered Correa in the +$200 Million range if they were seriously in on him coming to Chicago. The fact that the Astros didn’t try to give him another deal kinda confuses me as well. The Astros are still in their window, and you would think they would have tried to resign the guy who always performs big for them in the postseason. So obviously, Carlos Correa wasn’t really sold on that $330 Million or nothing kind of deal, because I feel like a lot of teams in the league would have given him what the Twins did and feel like they got a good deal on him.

It’s fine. I started getting more and more pessimistic about the Cubs actually landing him, but it just would have been HUGE for this team. The front office is showing that they are wanting to start winning, but they still need that big superstar. I’m really excited for Seiya Suzuki to play in the North Side of Chicago, but it would have been awesome to land someone like Correa or even Freddie Freeman.

I’m just glad that baseball is back and that we are going to have a season, and that aspect of it takes me away from being upset that the Cubs didn’t get Correa. Just my thoughts!